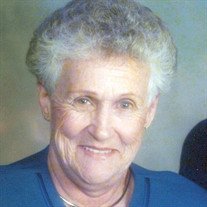 Helen Bryant Mahaffey of Clemson Downs, formerly of Liberty, passed away peacefully on Saturday, September 26, 2020, at the age of 90.

Mrs. Mahaffey was born on August 11, 1930 in Liberty, South Carolina. She was a daughter of the late Ernest and Thetta Bates Bryant and the wife of the late Stan Mahaffey. They were married for 63 years before his passing in 2011.

She was a homemaker and enjoyed working in her yard and home decorating. She was a member of Central First Baptist Church, Central SC.

In addition to her husband and parents she was preceded in death by a brother, Eugene Bryant and a sister, Shirley Duncan.

The family would like to thank the staff of Creekside Cottage and Health Care and the nurses from Kindred Care for the love, care and attention to detail that was shown to our Mother.

Due to the current COVID19 Pandemic, private graveside services will be held at Liberty Memorial Gardens. No visitation is planned. In lieu of flowers, memorials may be made to Central First Baptist Church, 207 Johnson Road, Central SC 29630, or the charity of one’s choice.

Online condolences may be left for the family by visiting www.libertymortuary.com. Liberty Mortuary is handling arrangements.