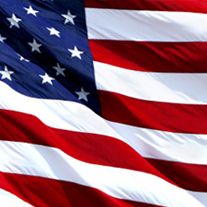 Funeral services to honor the life of Mr. Galbreath will be held Friday at 2:00 PM in the Liberty Mortuary Chapel. Visitation will be one hour prior to the service at the mortuary. Burial will be at Flat Rock Baptist Church Cemetery.

Haskell Charles “Hank” Galbreath, 78, of 174 Porter Road died Monday, February 7, 2011 at his residence. Born in Easley, he was the husband of Geraldine Rich Galbreath of the home, and a son of the late Edgar Bruce and Grace Ellenburg Galbreath. Hank was a 1950 graduate of Easley High School and afterwards he joined the U.S. Marine Corp and served our country during the Korean War. He was the owner of Western Auto in Pickens which later became known as Haskell Corp. He was of the Baptist faith.

In addition to his parents he was predeceased by a daughter, Rhonda Galbreath; a stepdaughter Jan Rathgeb; a son Joseph Mark Galbreath; two brothers, Chris and Jack Galbreath; and a great grandchild, Haiden Parker.

The family will be at the home. Memorial messages may be sent to the family by visiting www.libertymortuary.com Liberty Mortuary is handling arrangements.

To leave a condolence, you can first sign into Facebook or fill out the below form with your name and email. [fbl_login_button redirect="https://libertymortuary.com/obituary/haskel-charles-hank-galbreath/?modal=light-candle" hide_if_logged="" size="medium" type="login_with" show_face="true"]
×