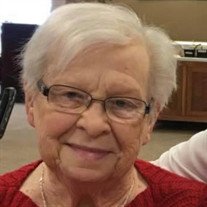 Born December 3, 1932 in Liberty, SC, she was a daughter of the late Leland Perrin and Elizabeth Hedgepath Prince of Liberty. Mrs. Lewis was educated in Liberty area schools and attended Lander University. She retired from First National Bank of Pickens County. Mrs. Lewis previously served on the board of the Pickens County Library System and was proud of being among those that approved the design and construction of the Captain Kimberly Hampton Memorial Library. She was a member of the Easley Presbyterian Church, where she also worked in the church office in earlier years. Anne was an avid reader, deeply cared for her pets, studied and shared Liberty area history as well as her own family history. She was a lady of deep faith, manners and grace.

In addition to her parents, she was predeceased by her daughter Dr. C. Lynn Lewis and son-in-law David Wayne Bradford.

At the request of Mrs. Lewis, services will be private.

The family would like to thank Dr. David Chang and Dr. Kathy Christman for their devoted care.

Online condolences may be sent to the family by visiting www.libertymortuary.com Liberty Mortuary and Cremation Services are handling arrangements.

To leave a condolence, you can first sign into Facebook or fill out the below form with your name and email. [fbl_login_button redirect="https://libertymortuary.com/obituary/rebecca-anne-lewis/?modal=light-candle" hide_if_logged="" size="medium" type="login_with" show_face="true"]
×